Further information about the Hastère Bible. 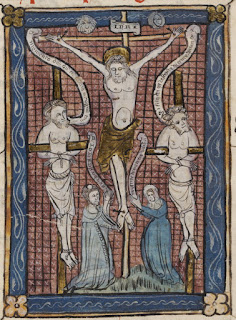 I have been contacted by Pierre-Maurice Bogaert OSB of the Abbaye de Maredsous, who kindly refers me to a brief discussion of the V&A leaves and cuttings in Revue bénédictine 36 (1924), at p.98. 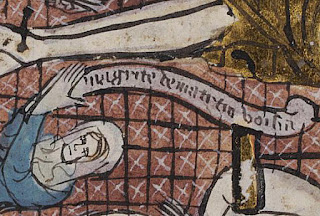 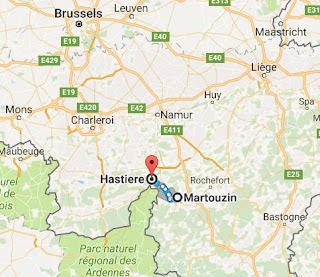 There was a Benedictine abbey at Hastière-par-dela, and another very close by at Waulsort, about three miles away, around a bend in the river: 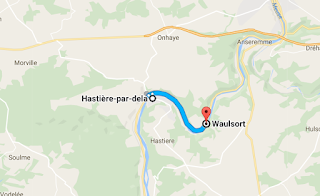 With the re-reading of Marguerite de Martouzin's name, it seems increasingly likely that the house for which the manuscript was made was indeed in the area of Hastière.
Posted by Peter Kidd at 06:23