A Fragment formerly owned by Guilford and Phillipps, part I

As noted in a previous post, I spent some time this summer enquiring about medieval manuscripts in Los Angeles collections. As a result of making contact previously, few days ago Helena Vilar de Lemos sent me images of a leaf that recently entered Special Collections in the Library at Occidental College: 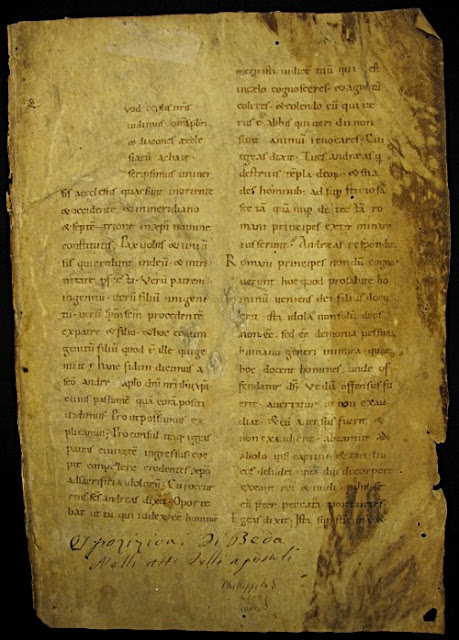 The text begins on the recto 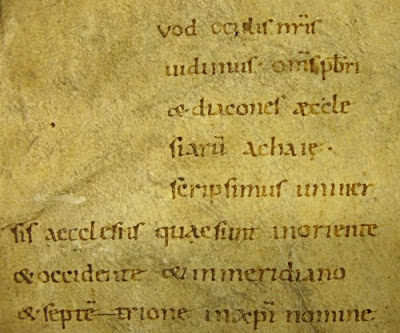 and ends on the verso

The best way of exploring provenance is often to start from the present and work backwards, but in this case nothing is known about how the leaf got to America, and the first clue come from the 19th century.

The inscription, "Phillipps MS / 4605 / & / 10614" is familiar as one of the double-numbered items that belonged to Sir Thomas Phillipps (see my webpage here for similar markings): 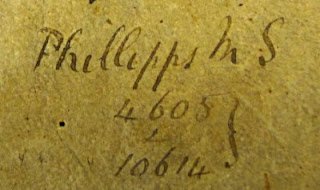 No. 4605 in Phillipps's published catalogue is described as:

Under the number 10614 in the same catalogue the leaf has a similar description: 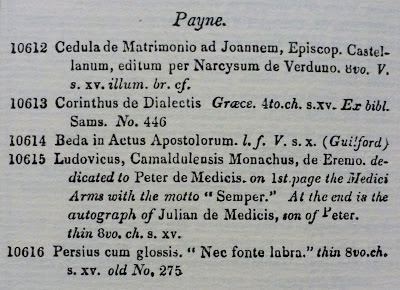 The medieval manuscripts curators at the Bodleian Library have for decades been assiduously annotating an interleaved photocopy of the Phillipps catalogue with information about sales and later owners, often also supplying a modern institutional owner. This annotated catalogue is available to readers on the open shelves of the manuscripts reading room, under the shelfmark "R.Cat.306". Here is the first page of the catalogue, as an example: 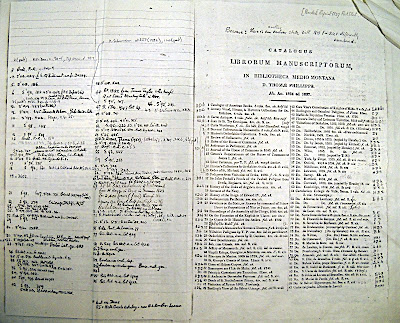 In response to an emailed enquiry the head of the reading room very kindly send me copies of the  pages relevant to the Bede leaf, which have these annotations:

The earlier provenance of the leaf will be pursued in a subsequent post.
Posted by Peter Kidd at 17:58